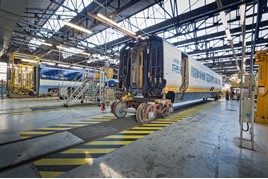 Eurostar has refurbished its Class 373 trains, rebranding them as e300s. They are operating alongside the Siemens Class 374 e320s on cross-Channel routes, including to the south of France as well as other traditional routes.

Eight of the trains have been treated, with the rest either stored, or scrapped, although one has been hired to Thalys.. 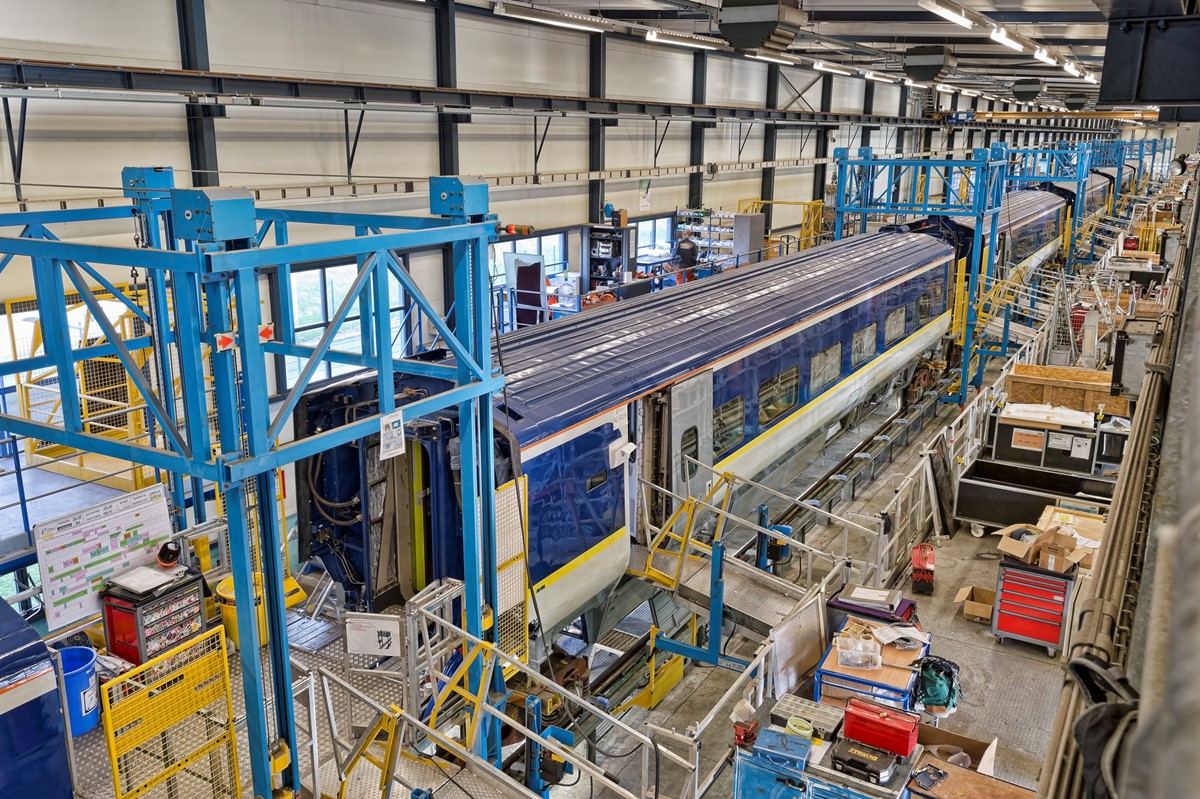 During the refurbishment, Eurostar issued photography which unveils the scale of the behind-the-scenes operation taking place in at SNCF’s depot just outside of Lille Europe station.

·        22 bogies (a structure which takes the wheels) are overhauled. Each one has two axles, controlling 4 wheels).