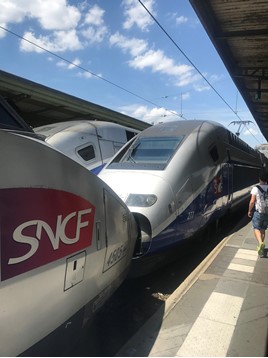 The UK should be following the example of the French Government in its decision to restrict short-haul domestic flights in favour of rail, according to the RSSB (formerly the Rail Safety and Standards Board).

Lawmakers in France voted over the weekend of April 10/11 to introduce measures to restrict flights on routes where the same journey can be made by rail in under two and half hours.

This forms part of the country’s climate change bill aiming to cut French carbon emissions by 40% in 2030, compared with 1990s levels.

“But it also recognises the need for long-haul connectivity so that international air travel is still an option, providing for domestic to international connecting flights.

“It’s not about trains versus planes, it’s about picking the right mode for the right journey type.

“To make this happen here, we need a similar commitment to high-speed rail to release capacity for lower-carbon journeys, and to electrification to make train travel even greener.”

RSSB is leading the Sustainable Rail programme for Britain’s railways, which aims to develop a coherent, unified framework for sustainability, working in partnership with industry and Government.