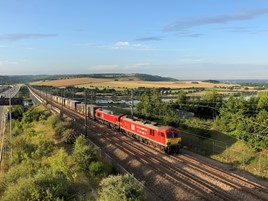 The Department of Health and Social Care is tendering a £25 million contract for an express freight service that can deliver medicines to the UK after it leaves the European Union on October 31.

“The tender for the contract will be open to applications from any freight service providers able to meet the stated requirements,” a spokesman told RAIL.

It is intended that the service will deliver small parcels of medicines or medical products on a 24-hour basis, with the additional provision to move larger pallet quantities on a two to four-day basis. It will be available to the whole of the UK. The service will be expected to be able to deliver temperature-controlled products if required.

Successful bidders will be notified in September, with testing from October 24, ready for Brexit one week later. The contract is for an initial 12 months, with a possible extension for a further 12 months.