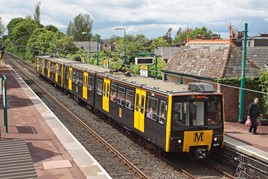 Tyne & Wear Transport Executive Nexus has shortlisted five organisations to design, build and maintain a new fleet of trains for the Tyne and Wear Metro.

A preferred bidder will be named at the end of next year. The shortlisted bidders are:

The total contract value over 35 years is expected to be about £500 million, of which Nexus has secured government grant funding of £337m towards the expected £362m cost of designing and building the fleet.

Nexus says it wants the successful bidder to build trains which shorten dwell times at stations, with better seating areas, wider doors and stand-back areas, wide aisles and an interior layout that encourages the flow of passengers through the train. Improved digital connectivity, luggage space and accessibility will also be required.