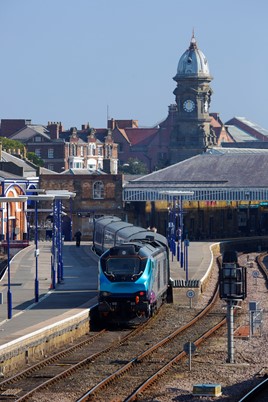 Locomotive-hauled trains returned to the Pennines on August 24, when TransPennine Express finally put the first of its Class 68-hauled CAF Mk 5As into passenger traffic.

TPE has ordered 44 new trains, in a £500 million scheme designed to significantly boost capacity on its routes across the North.

Almost a year after they were due to enter traffic, the first train was the 0555 Manchester Victoria-Liverpool Lime Street, powered by TPE 68027 Splendid.

A public vote has opened to select the name of a new station at the former St James site in Liverpool.