EXCLUSIVE: South West “not getting a fair share” - MP Pollard 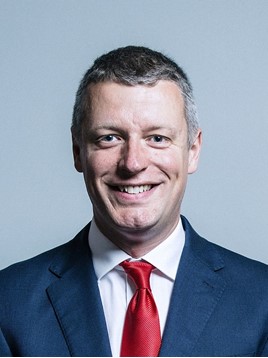 Speaking exclusively to RAIL, the Labour MP, who is also a member of the Transport Select Committee, said: “We have three engineering problems: resilience, journey times and capacity. All three need to be addressed.”

Pollard also queried Secretary of State for Transport Chris Grayling’s claims that the Dawlish Sea Wall section was his number one priority, saying: “If you want to make it real, if Dawlish is actually a priority, then we need an actual funded fix. Then we need a long-term Dawlish Avoiding Line.”

“Is it about an immediate fix or a long-term plan for a faster and resilient railway? It needs to happen to keep the railway open this year, next year, and so on.”

Pollard spelled out the need for connectivity for the region, saying: “We need connections in every direction. As we are served by a singular spine, it means major service disruption not just to London but to the Midlands, Scotland and Wales. That’s a really big effect on the economy. It is worrying that this has become normalised. We expect closures!”

He also called for new rolling stock to be included in the next CrossCountry franchise. Currently, if the seas are rough XC cannot run its Class 220/221 Voyagers beyond Exeter as water will damage the roof-mounted equipment. Pollard added that the trains are also overcrowded. “New rolling stock could make the difference,” he said.