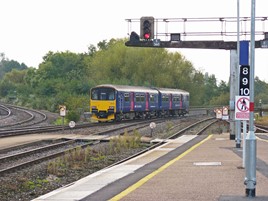 Network Rail is refusing to explain why the construction costs of two proposed stations in Devon have soared.

In May 2014, Marsh Barton station (Exeter) was expected to cost £4.3 million while £2.5m was quoted for Edginswell (Torbay), during public consultation.

But by 2015 the cost for Marsh Barton had risen to £10.42m and Edginswell to £9.2m, according to business cases published by the Heart of South West Local Enterprise Partnership.

The two-platform stations will accommodate six-coach trains, with waiting shelters, and include a footbridge with ramp, ticket machines and small car parks.

In a statement, Devon County Council, which has helped develop the schemes, says Marsh Barton alone will cost £13m, a £2.58m increase on the Heart of South West LEP’s figures, and a threefold increase on the 2014 estimate.

Meanwhile, in 2017 Torbay councillors were asked to vote on proposals to pause further spending on Edginswell station, after its costs also reached a reported £13m.

“However, following the award of the contract to design and build the station, Network Rail’s design standards changed, and this has led to rising costs."

RAIL asked Network Rail how standards have changed and why they have increased costs so much, why no derogation from these was sought, and how much work could be undertaken on the stations without having to close the routes.

NR refused RAIL’s requests to provide a detailed explanation of how and why the costs of the stations have increased so much, or to speak to staff involved in the projects to gain a greater understanding of the issues involved.

The DfT, meanwhile, suggested timetabling issues counted against Marsh Barton station, and refuted suggestions it has refused to fund both stations due to the cost increases.

RAIL understands that even with a DfT contribution, there would have been insufficient funding to complete Marsh Barton station.