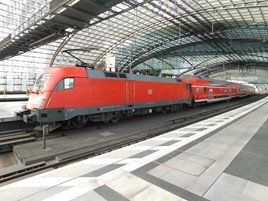 One of the evidence papers released on March 19 compared the UK network with others in Europe and beyond, in a bid to understand different models of ownership and operation.

The paper reveals that among the major European rail networks, the UK’s is the second busiest when measured as the number of train-kilometres operated per kilometre of route (behind the Netherlands). It adds that the level of utilisation in the UK is already high and expected to increase in response to rising demand.

It also points out that while the UK network is used less intensively than the Netherlands and Switzerland, it is far more intensively used than any other major network - including Germany, France and Italy.

Growth in passenger-kilometres was higher in the UK between 1997 and 2016 than any other major European network - at 89% compared with 84% for Sweden and 74% in Switzerland. Growth rates of the other European networks examined ranged between 20% and 47%, and in Japan it was just 9%, although the paper acknowledges that could reflect the already high modal share of rail there.

Private research to give a boost to Borders campaign

The Advisory Panel for the Great British Railways Transition Team (GBRTT) met for the first time on January 19.