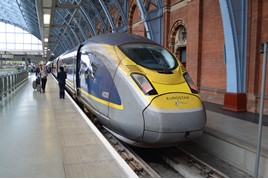 The operator said the growth is underpinned by further increases in the number of American travellers. Over the first three months of 2018 the number of US passengers has risen by 27%. It added that business travel has also increased by 6% year-on-year.

New Chief Executive Mike Cooper, who took over the role in March, said Eurostar had made a “positive start to the year”.

Meanwhile, the company is now offering travellers access to a range of hand-picked hotels with special rates and benefits for passengers. It says this is designed to provide passengers with city centre hotels across all price-points and grouped in different themes.