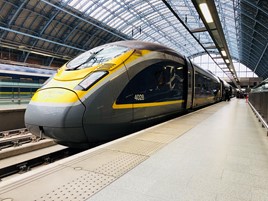 A third train will run between London and Amsterdam each day from June 2019.

Eurostar is introducing the additional train after more than 130,000 passengers used its new service which was rolled out in April.

As soon as border controls permit, Eurostar has confirmed a fourth train will be introduced, and there are ambitions for a fifth.

Passengers can currently travel out direct. But on the return journey they must go through passport control in Brussels which means getting a train from the Netherlands and then joining the Eurostar at the Belgian capital.

Dutch Secretary of State (Railways) Stientje van Veldhoven has backed the move. He said: “Because I want to get as many passengers as possible to choose the train over the plane for short distances within Europe, I want to do everything I can to make Eurostar’s plan possible.”

Nederlandse Spoorwegen (NS) Chief Executive Roger van Boxtel said: “I think it is important as a major opponent of Brexit that the two countries remain connected.”

In a statement to RAIL, Eurostar said it believes there is the potential for the route to be as successful travelling from the Netherlands to the UK as it is from here.