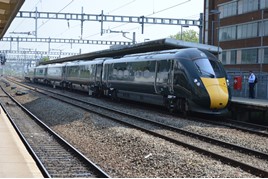 “Electrification will play a significant role in our programme to decarbonise the railway,” Transport Minister Baroness Vere stated on May 5.

In a House of Lords Written Reply to Baroness Randerson, Vere further stated: “Network Rail’s ongoing work developing the Traction Decarbonisation Network Strategy will inform decisions about whether electrification or new technologies are the right option for all parts of the network where diesel trains currently run.”

Baroness Randerson had asked if, following the publication of the Government’s Decarbonising transport: setting the challenge report in March, there had been any consideration to electrify more rail lines - and if so, to prioritise routes between Cardiff and Swansea, in the East Midlands and in the Lake District. All had been planned for electrification before subsequently being cancelled.

Vere responded that in deciding which schemes could be taken forward at each stage of the decarbonisation programme, the Department for Transport must consider the environmental impact as well as affordability, the readiness of a scheme to proceed, deliverability, disruption caused to passengers and freight, and availability of suitable trains.