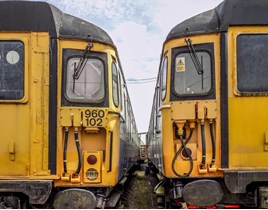 The Electric Railway Museum in Baginton is to close in October, because the land where the museum is based alongside Coventry Airport is due to be redeveloped.

The ERM is home to the largest collection of surviving preserved electric multiple units (EMUs) in the UK, along with a number of diesel and electric shunting locomotives. The closure of the museum could result in this unique collection of vehicles being dispersed across the country, although the museum trustees are hoping to establish a new base for their collection.

The land on which the museum is located is being sold for commercial redevelopment. The trustees of the museum have been investigating their options for a number of months, when it became apparent that they were unlikely to be able to stay at their current site.

The repair of two ailing viaducts at Stechford, on the Coventry-Birmingham route, is expected to cost £1.1 million