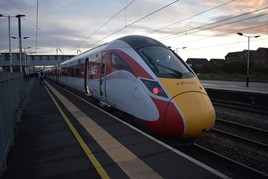 The Labour Party has re-confirmed its commitment to bringing railways back into public ownership.

In its General Election manifesto, published on November 21, Labour says it will use options including franchising expiry to bring train operations back into public hands (infrastructure manager Network Rail was reclassified as a public sector body in 2014). It argues this would enable it to make fares simpler and more affordable.

Operators are calling for long-term reforms that will help to stabilise industry finances by growing revenue.