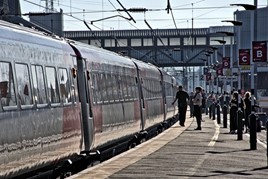 The headline promise in the Liberal Democrat manifesto is to freeze rail fares for commuters and season ticket holders for the duration of a Parliament. The party claims that commuting by rail is “expensive, unreliable and unpleasant”.

Like the Conservatives and Labour, the Lib Dems plan to extend Britain’s rail network, reopen stations and redouble singled routes.

The party wants to convert the rail network to low-emission technology (electrification or hydrogen) by 2035. And it supports HS2, Northern Powerhouse Rail, East West Rail and Crossrail 2, with “far tighter financial controls”.

The Lib Dems promise to open franchise bidding to public sector companies, local or combined authorities, and not-for-profit and mutual companies, and to build into franchise agreements a stronger focus on passengers which would include investment in new stations, lines and modern trains.

"Now is the time to advance that Northern agenda in the national interest. The Prime Minister must now deliver" - TfN's Barry White