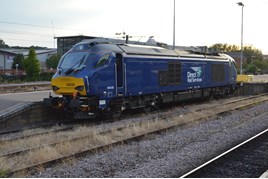 The operator issued an OJEU (Official Journal of European Union) notice on September 16 for locomotives. The deal is estimated at £53 million, and the locomotives must be operating by the third quarter of 2019.

The contract notice calls for the design, building, testing, homologation and commissioning of locomotives that can be used for freight and passenger duties. It is expected that any deal could include the provision of maintenance and servicing, technical support, spares supply and financing.

Expressions of interested must be delivered by 1200 on October 20, and the scheduled start date for award procedures is October 23.