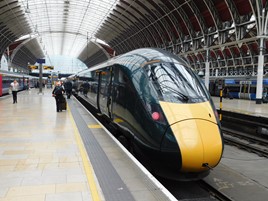 Discussions are under way with FirstGroup regarding a franchise extension for Great Western Railway, Rail Minister Andrew Jones said in a Commons Written Reply on July 22.

Responding to a question from George Eustice (Conservative, Camborne and Redruth), Jones said: “The current Great Western franchise agreement expires at 0159 on April 1 2020, having been extended to the fullest extent possible under its terms.

“In November 2017 the Secretary of State announced his intention to negotiate a new franchise agreement with the incumbent operator, and discussions with FirstGroup are already under way.”