Direct Norwich to Stansted trains to start this December 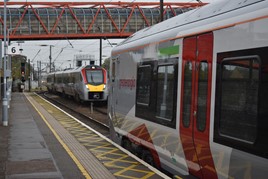 Direct trains between Norwich and Stansted Airport will start running from December 15.

Greater Anglia will extend its Norwich-Cambridge service to the airport, although not every train will run beyond the city due to pathing constraints.

Using its new bi-mode Class 755s, GA will operate eight trains in each direction on a weekday (leaving Norwich at xx03 from 0903 onwards, with trains leaving Stansted at xx48 from 1048), 15 on Saturdays and 13 on Sundays. The intention is for the ‘755’ to operate on electric power from Ely-Stansted.