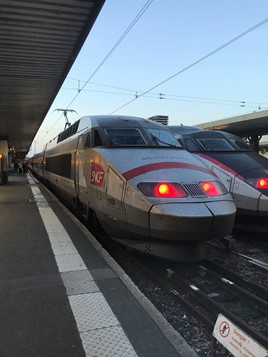 Trains could be running direct between London and Bordeaux from 2022 according to SNCF International President Diego Diaz.

Speaking at an event at St Pancras International on March 5 to mark the twinning of the London station with Gare de Bordeaux Saint-Jean, he said: “We hope studies launched in October to see the feasibility of a direct link between the two cities will lead to the first direct train in 2022.

“With the view to opening up to the international scene, SNCF Gares & Connexions and HS1 Ltd, the owner of St Pancras station, have decided to twin the two stations and the operating teams.”

The French city is one of several new destinations that could be served from London, according to a new report Delivering for Britain and Beyond The Economic Impact of HS1, published on March 5.

It states that the main competitor for international rail services is air and that in 2018 there were around 15 million air trips between London and destinations within a five-hour rail journey time of London.

“Historic evidence shows that as the rail journey time along a corridor decreases, the rail market share increases, relative to air,” the report says.