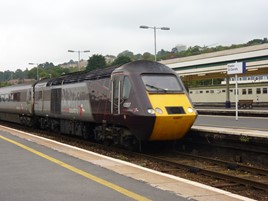 The Government could award a five-year Direct Award contract to run the CrossCountry franchise from 2019.

On October 13, it published a Prior Information Notice (PIN) in the Official Journal of the European Union. Publication of the PIN means the Department for Transport can choose to directly award a contract rather than holding a conventional franchise competition.

It follows Secretary of State for Transport Chris Grayling’s announcement of the Rail Review in September, in which the existing competition for the CrossCountry franchise was scrapped pending the review’s findings.

Should the Direct Award take place, the contract is likely to include a core period and an optional additional period. Arriva currently operates CrossCountry under a Direct Award, but this is due to expire in October 2019.