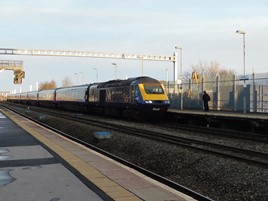 At the Transport Select Committee’s final hearing into rail infrastructure investment on April 30, TSC Chairman Lilian Greenwood asked Etherington and Rail Minister Jo Johnson whether there will be public knowledge of what was in the pipeline, and of the status of projects.

Johnson replied: “This is one of the changes. We’re going to be committed only to announcing funding for individual schemes along a spec timescale that’s appropriate to that scheme, rather than announcing all schemes at the start of a Control Period.”

Greenwood then asked: “Will the whole pipeline be visible to the public?”

Greenwood continued to press Johnson and Etherington, asking how businesses could expect to know what work is likely to be coming forward if the enhancements pipeline was not made public.