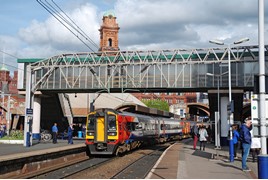 In a letter to Chancellor Rishi Sunak on May 12, Armitt wrote: “We would encourage you to continue with your stated agenda to give the leaders of our larger cities the funding and freedom they need to start work on their local infrastructure priorities, which would not only provide regional stimulus but help meet the needs of their growing populations over the longer term.

Speaking to RAIL on May 22, Armitt said: “Clearly TfL was affected by the delays to Crossrail, and the overrun has hurt, too. And affected by the freezing of fares, which is a worthy idea, but which can bring long-term pain.

“I don’t think that those issues overall stop me being in strong favour of devolution, but that must include fiscal power for the Mayors.”