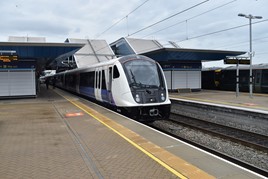 Crossrail has devised a new plan to complete work as soon as possible, to enable the Elizabeth Line to start carrying passengers.

Trains had been due to start running under central London from December last year, but a succession of delays means that October 2020-March 2021 is now the possible opening date.

However, the leadership team has confirmed that the remaining systems installation in stations and tunnels will be completed this year. Testing of the completed railway begins next year, with an extensive trial running period followed by trial operations. Crossrail Chief Executive Mark Wild had previously told RAIL that could take three months.

The central section of the route between Paddington and Abbey Wood will open first, initially running 12 trains per hour. It is expected that all stations on the route will be open apart from Bond Street, which opens in 2021 after the central section. There will be a phased opening after that for the rest of the routes.

Crossrail said on June 17 that many stations were in the final fit-out stage, with testing of key systems under way. Each station has more than 31 miles of communications cabling, 200 CCTV cameras, 66 information displays, 200 radio antennas, 750 loudspeakers and 50 help points.

Nineteen of the 22 Tier One Substantial Demobilisation milestones have been completed. These are the physical works, with three sites - Victoria Dock Portal, Mile End Shaft and Pudding Mill Lane Shaft - due to be completed by mid-July.