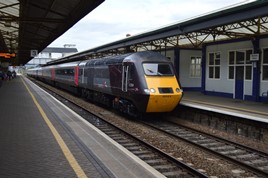 A number of bodies have criticised the government’s plans for the next CrossCountry franchise, which contains proposals to concentrate services on core routes and to reduce the amount of station stops.

Users’ group SENRUG, which represents South East Northumberland, responded to the consultation by calling for more calls at Morpeth, and the current number to be retained at Alnmouth and Berwick – against the Department for Transport’s suggestion that the stops should be omitted.

The group is also calling for coordinated calling patterns between CrossCountry and LNER services to make it easier to travel between Northumberland and stations in the Scottish Borders.

The chairman of Sheffield Chamber of Commerce & Industry’s transport forum, Peter Kennan, also criticised the government proposals, saying: "However it is done, DfT must encourage bidders to relieve congestion on the core CrossCountry routes, as part of the re-franchise. The DfT seems keen to explore CrossCountry serving new destinations, as it is more leisure focussed than other inter-city franchises. That is worrying as it implies using already tight resources to serve new places, rather than having a tight focus on relieving severe overcrowding on parts of the existing network".

The consultation closes on August 30.