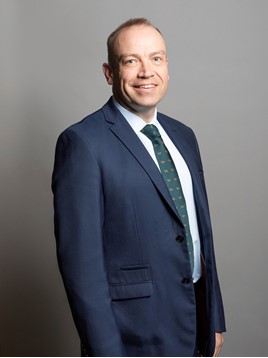 Passengers will expect to return to a clean and reliable service, post-pandemic. But if that is not available, then they may not come back.

That was the warning from Rail Minister Chris Heaton-Harris at RAIL’s National Rail Recovery Conference on February 25, when discussing what’s next for the industry.

He told delegates: “People are keen to get moving again, but we cannot afford to take that enthusiasm for granted. We need to ask, ask yourself even: ‘will you travel on the train as much as you did in the pre-pandemic world?’ A massive cross-industry effort is needed to attract people back to rail.”

Heaton-Harris praised the efforts of rail workers during the pandemic. He highlighted how, when he took the role, he was told it was unbelievably hard to flex timetables, for example. And yet that had been done several times in the past 12 months.

Now, following the Prime Minister’s announcement of a roadmap out of lockdown, he said that Government and industry can look ahead, with rail crucial to rebuilding the country.

“We are not going back to the old normal,” he said, citing the expected increase in flexible working and the need for ticketing to reflect that. Network usage has been at record lows during the pandemic, yet performance has been at record highs, so Government is asking the industry how the improved Public Performance Measure (PPM) figures can be retained.

Ahead of Keith Williams’ presentation at the NRRC, Heaton-Harris said of the much-delayed Williams Review: “We are working to agree the White Paper publishing date. Let me provide reassurance - the White Paper is coming. It could be argued some of the mooted changes have already happened.”
Heaton-Harris finished by saying that railways have faced many challenges in their history, including two world wars and previous pandemics, but that they have always adapted and improved.

“We need to harness this spirit and get people back on board,” he concluded.