COVID-19: Operators in discussion with Government over franchise futures 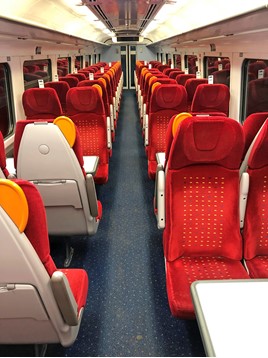 RAIL understands that train operators are negotiating with Government regarding their contracts, as passenger numbers rapidly decline because of the COVID-19 pandemic.

Secretary of State for Transport Grant Shapps told the BBC that numbers had dropped by around 20%. But he made these comments before Prime Minister Boris Johnson then announced that it was advisable, wherever possible, that people should work from home.

A spokesman for the Rail Delivery Group said: “Train companies are regularly in discussions with the Government about a range of things that affect the railway.”

However, an industry source told RAIL that margins are so slim, and that with several operators not making profits, all operators are likely to be in discussion with Government. The source said there wasn’t the flexibility in the system for train operating companies (TOCs) to manage such big declines.

RAIL’s Industry Insider highlights reports that South Western Railway, TransPennine Express, Greater Anglia and Essex Thameside (c2c) are all on the brink of financial failure. Some, such as GA, are already known to be renegotiating their existing deals, while SWR is expected to be the next to join those under the umbrella of the Government’s Operator of Last Resort.

Industry Insider states: “Most franchised operators are likely to run out of cash within a month and will require support from their parent companies, which in the main are national rail operators from abroad.”

A Department for Transport spokesman told RAIL on March 17: “We are working closely with the industry to develop proposals which will protect the services passengers rely on and stabilise rail operations. We have had no discussions, or been presented with proposals, which would see franchises transfer to public ownership.”

DfT confirmed that TOCs were working on contingency plans to enable services to continue even if staff are affected.

For the FULL story on how COVID-19 has already started affecting the railway, read RAIL 901, published on March 25, and available digitally now.

For the FULL story regarding timetables and the railway's ongoing response to the COVID-19 situation, read RAIL 902, published on April 8, and available digitally from April 4.

Exquisite.....must get out and about around Stamford when all this is over! https://t.co/BB6lggDENQ