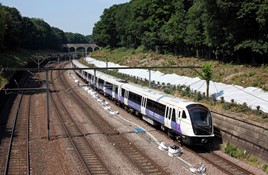 There is still frustration regarding who knew what, and when, about delays to Crossrail, the central section of which was due to open last December.

Transport for London (TfL) Chairman and Mayor of London Sadiq Khan and TfL commissioner Mike Brown MVO appeared before the London Assembly Transport Committee on December 21 to explain their version of events, having been summonsed.

However, the chairman of the committee, Caroline Pidgeon, said that there was still a lack of understanding regarding the problems.

“It is very frustrating that despite a long meeting, with summonsed documents, the Mayor and the TfL commissioner speaking at length, we’re still far from understanding who knew what and when,” said Pidgeon.

“What we’ve seen today is Sadiq Khan and Mike Brown sticking to their guns. They’re adamant that the information they were given through to August 2018 indicated the December 2018 deadline would be met.

“Yet the former chair Sir Terry says he informed the Mayor and TfL in July. The Mayor suggested he must have ‘misremembered’ events. We will put that suggestion to Sir Terry in early January."

Morgan has been invited to the next committee meeting, which was due to take place on January 9.