Concern over suggestion of electrification delays 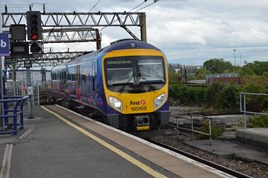 Suggestions that electrification could be delayed in the High Level Output Specification (HLOS) due on July 20 have been criticised by West Yorkshire Combined Authority.

An article in the Sunday Times suggested that electrification of the trans-Pennine route between Manchester and Leeds could be delayed due to budget constraints. Sources close to the Department for Transport have hinted at this in past, while electrification of the Midland Main Line north of Corby was not mentioned in the franchise specification issued last year for the East Midlands franchise.

West Yorkshire Combined Authority Chairman Keith Wakefield said: “If Transport Secretary Chris Grayling is, as the Sunday Times reported, preparing to delay the upgrade of this crucial rail link, it really does raise a question mark about the Government’s commitment to the Northern Powerhouse and narrowing the economic gap between north and south."

A DfT spokesman told RAIL: “We do not comment on speculation. Passengers expect high-quality rail services and we are committed to electrification where it benefits passengers.

“We are investing around £40 billion in our network as part of the biggest rail modernisation programme for over a century to provide faster journeys and more comfortable trains.”