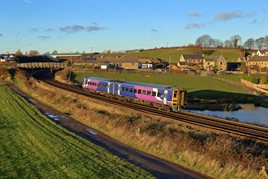 Urban Transport Group has written to the Office of Rail and Road (ORR), expressing concern over industry processes that it believes could shift the balance of the railway’s infrastructure costs onto regional services, which it says could damage their futures.

Ben Still, Lead Board member for rail issues at UTG, stated that regional trains are usually lighter, slower and cause less impact on infrastructure, and therefore should not be burdened with more of the costs.

UTG’s response formed part of recent consultations by ORR and Network Rail into overall costs. It said that the consultation could cause the allocation of network’s fixed costs attributed to Northern to rise 50% while Merseyrail’s could increase 66%, while Virgin West Coast and Virgin Trains East Coast could both drop 58%.

The UTG letter said: “To adopt a construct for rail costs which is to the benefit of the operators whose trains have some of the largest impacts on the cost of infrastructure provision in a way which creates artificial profits, whilst at the same time loading costs on to operators whose trains cause the least impact and which damages their future prospects, is not something that we believe is either justifiable or sensible.”

Still added: “Regional rail services bring clear benefits through switching traffic from road to rail in our busy cities, historic towns and national parks. We need a fairer system of allocating costs to them than the one we have now, the flaws of which could be exacerbated as a result of these emerging plans.”