Class 710 testing due to move to the main line 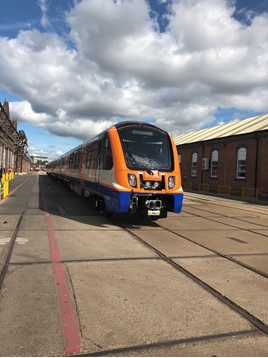 Main line testing of London Overground Class 710s is set to begin at the end of this month.

Bombardier spokesman Will Tanner told RAIL that extensive testing has been carried out on six dual-voltage Class 710/2s at Willesden, ahead of their introduction. This work has focused on maintenance training and familiarisation.

When the first set was launched in June, it was announced that the four-car dual-voltage electric multiple units would enter traffic on the Gospel Oak-Barking route from November. However, the line’s user group had raised concern at the lack of ‘710s’ on the main line while LO 172002 had moved to Tyseley for assessment.

LO’s fleet of eight two-car Class 172 diesel multiple units will move to West Midlands Trains, but only when the ‘710s’ are introduced.