Class 323s to remain with Northern 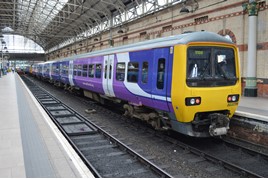 The three-car electric multiple units will replace the operator’s four-car Class 319 fleet, which will return to Porterbrook.

The original plans set out in the Northern franchise agreement decreed that the ‘323s’ would be returned to their owner by December 31 2018. That deal was then extended to prevent a capacity shortfall.

They are used in the North West, running from Manchester Piccadilly as far south as Crewe and Stoke, and as far west as Liverpool Lime Street. The trains are maintained at Allerton (Merseyside).