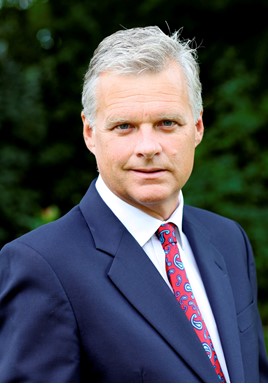 Network Rail Chief Executive Mark Carne is to retire, and will leave his post this summer.

NR Chairman Sir Peter Hendy will lead the search for his replacement, which will begin shortly. The company said the timing of the announcement means Carne’s replacement will be established before the start of Control Period 6 on April 1 2019.

The Strategic Business Plan for CP6 was due to be sent to the Office of Rail and Road by the agreed deadline of February 9 (after this issue of RAIL went to press), and NR said it would be published soon after. Carne will lead the discussions with the ORR regarding this work.

Carne joined NR in January 2014, and his first official engagement was to reopen the Dawlish Sea Wall in April that year. During his tenure NR was reclassified into the public sector, while major projects included London Bridge and Birmingham New Street. But various electrification projects have been delivered late, including Edinburgh-Glasgow and the North West wires, while Great Western electrification costs have risen from £800 million to £2.8 billion and are set to rise still further.

“Mark has done an outstanding job, and I want to applaud him for what he has achieved in his time at Network Rail,” said Hendy.