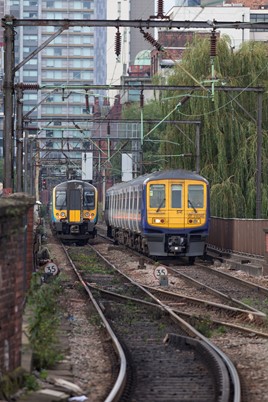 A commitment is needed from Government that city regions will be empowered with authority and funding, according to Mayor for Greater Manchester Andy Burnham.

He says that should a Greater Manchester Rail be created, the ambition is to have greater influence over how timetables in the region are planned, as well as (in time) control over local services and timetables.

Responding to RAIL regarding the Northern franchise situation, and his various tweets about timetabling (RAIL 891), the Mayor said: “At the Convention of the North in September, the Prime Minister set out his commitment to give greater control over fares, service patterns, rolling stock and stations on local lines in metropolitan areas.

“This was an important signal - it highlighted that genuine devolution is firmly on the national agenda. However, there needs to be a similar commitment from Government that city regions will also be empowered with the powers and funding to make it a success.”
Burnham added that there is interest to see what the Williams Review delivers, and what a future Rail Act could include.

“There is consensus that the whole industry is not working as well as it should, and needs reform - Network Rail included,” he said.