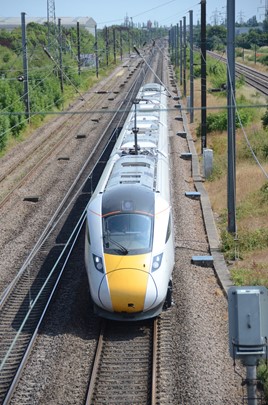 The Government says it is working closely with the Office of Rail and Road, Hitachi, LNER and Network Rail on the introduction of the Class 800/801 Azuma fleet.

Shadow Transport Secretary Andy McDonald asked about the ORR’s decision not to authorise any of the trains for passenger traffic – a decision exclusively revealed in RAIL 863. McDonald’s written question enquired about the planned introduction in December, and if that was affected.

Rail Minister Jo Johnson, in his written reply on October 19, did not give a date, and said it was not uncommon for issues to be resolved before a train enters traffic. He said: “The rail industry’s utmost priorities are the safe introduction of services and to ensure passengers on the East Coast route receive the planned benefits of the new Intercity Express Programme.”

Johnson once again stated that the full benefits of IEP on the East Coast Main Line, including increased capacity and more frequent services, would only be realised when the trains are in traffic. He claimed: “In the meantime each and every train that is introduced will itself improve journeys for LNER customers.”