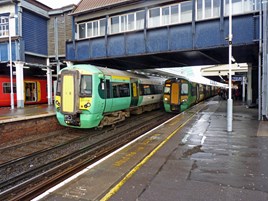 ASLEF drivers have rejected for a second time Southern’s proposals regarding Driver Controlled Operation (DCO).
The trade union put the following question to its members employed by Southern: “Do you accept the proposed agreement on Driver Only Operation and related issues on GTR Southern services?”

ASLEF General Secretary Mick Whelan, said: “We understand and support the decision arrived at in a democratic vote by our drivers, and will now seek new talks with the company and work to deliver a resolution to this dispute in line with the expectations of our members.”

Andy Bindon, of Govia Thameslink Railway (Southern’s parent company), said: “It’s a hugely disappointing outcome for our passengers, particularly as the agreement carried the full support and recommendation of the ASLEF leadership.

“We have shown a willingness and desire to find a solution to their dispute. And we will now, once again, sit down with the union, understand the issues which led to this regrettable decision by the drivers, and try and find a way forward to resolving it.”