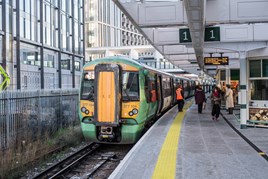 An agreement ending the long-running dispute between ASLEF and GTR Southern has been reached, following two weeks of talks.

The agreement will be put to members in a referendum, with a recommendation to approve. The result will be announced on February 16. Subject to securing the support of ASLEF members, no further industrial action is planned.

In a joint statement, O’Grady and Meadows said: “The negotiators from both sides have worked hard and co-operatively to achieve this breakthrough. We have particularly appreciated the positive leadership shown by Nick Brown and Mick Whelan. This long-running dispute has clearly been extraordinarily difficult for both staff and passengers, and we are glad that the parties have reached agreement on a way forward.”

Whelan, General Secretary of ASLEF, said: “I am pleased that we have finally been able to reach an agreement with the company which reflects the concerns of train drivers. I believe this deal can deliver a safer and appropriately staffed railway for passengers on Southern rail and I will be recommending it to ASLEF members.”

Brown, GTR’s Chief Operating Officer, said: “Our aim has always been to reach agreement with the unions on our proposals, and we’re delighted to have secured a deal today with ASLEF to end their dispute. It’s good news for passengers, the regional economy and staff.

“After the misery and disruption to people’s work and family lives, we are pleased we can start to move forward and deliver a better railway for the travelling public.”