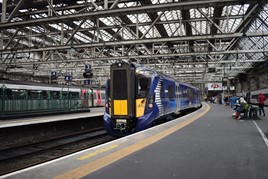 Abellio ScotRail fell further into the red with an operating loss of £7.9 million (£10m after tax) for the 15 months to March 2019, according to accounts lodged with Companies House just before Christmas.

The revelation comes days after Scottish ministers decided not to extend Abellio’s contract beyond 2022 for a final three-year period. Minister Michael Matheson said on December 18: “We are not satisfied that the significant increase in public subsidy that would otherwise be required would generate commensurate benefits for passengers, communities and the economy.”

ScotRail’s latest accounts show the company’s financial problems - the increased losses came despite passenger revenue rising £100m to £445m which, combined with subsidies of £482m and other income of £61m, gave overall revenue of £989m (up from £668m for the 12 months to December 2017).