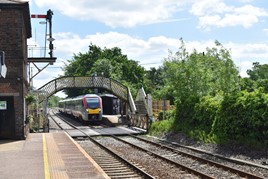 A 23-day blockade will be required next February to complete the Wherry Line resignalling scheme, which will be delivered nearly a year late.

Network Rail is replacing the semaphore signalling on the Norwich-Great Yarmouth/Lowestoft routes.

However, this should have been completed by March this year. NR said the project has been delayed because further testing and development of the signal control system was needed. The revised completion date is now February 17 2020.

The 23-day blockade will also include other planned repairs for the route, such as the replacement of a life-expired bridge at Postwick and track renewals at Buckenham, Acle and Lowestoft. Both of these projects will remove speed restrictions that have been in place for many years.

“I’m sorry that 23 days of engineering works will be difficult for passengers, but completing these large-scale projects and maintenance in one co-ordinated effort will help reduce the overall amount of disruption and deliver a safer, modern and reliable railway for many years to come,” said Network Rail’s Anglia Route Managing Director Meliha Duymaz.