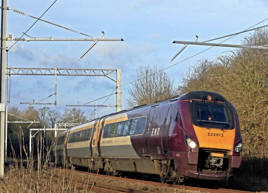 The leader of train drivers’ union ASLEF has told RAIL that he can see no end to the current disputes unless the Government permits train operators to offer larger pay rises.

A strike by drivers on Thursday January 5 brought 15 train operators almost to a standstill.

Great Western Railway, which ran around 20% of services during four days of RMT strikes the same week, could operate little more than 5% when the drivers stopped work.

“Incredibly, we are in a worse situation than when the dispute started,” ASLEF General Secretary Mick Whelan told RAIL.

“No offer of a pay rise throughout 2022, and demands that weren’t there before. I think both the Government and the train operators are being disingenuous and deceitful. We have free collective bargaining with the train operators, yet they have entered agreements with the Government not to offer realistic pay rises. They are still able to pay dividends to their shareholders.”

“I think we are an awfully long, long way from any kind of solution,” he said, adding that Government demands had increased since the strikes began.