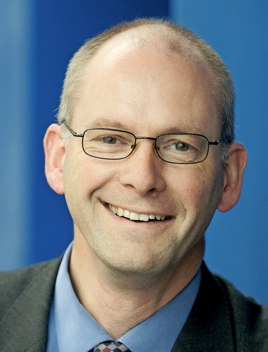 The Scottish Government is facing questions over the structure of the publicly run ScotRail, following the premature departure of the head of its rail holdings company.

Rail industry veteran Chris Gibb was appointed chief executive of Scottish Rail Holdings (SRH), the company set up to own ScotRail on behalf of Scottish ministers, in November 2021. He also chaired the ScotRail board.

But following extensive speculation about disagreements between Gibb, ministers and officials, Transport Scotland confirmed that he would finish both jobs at the end of December.

The Scottish Government agency said Gibb was appointed on a fixed-term contract which expires on March 31, but that it had been agreed he would finish on December 29 due to “outstanding annual leave”.

He was previously a strategic adviser to Transport for Wales, a non-executive director of Network Rail, and managing director of both Virgin CrossCountry and Wales and Borders. He remains a director of DfT OLR Holdings Ltd, the English ‘Operator of Last Resort’ which owns Northern, LNER and Southeastern on behalf of the UK Government.

“I’m pleased that the initial transition to public ownership in April went smoothly, which was down to the hard work of colleagues across the organisation,” he said.

“Since then, it has been a busy and, at times, challenging period, but we continue to operate safely and deliver for our customers.

“Thank you for everything you do for the railway. I wish you all the very best for the future.”

Until a permanent replacement is recruited, former SRH Chief Financial Officer David Lowrie will step up as acting chief executive.

“I’ve always enjoyed working with Chris and am grateful for his hard work setting up SRH and providing it with a great team,” Lowrie said.

“SRH and ScotRail are now moving towards providing the long-term, sustainable service that passengers and the Scottish Government want, and I look forward to helping to facilitate that.”