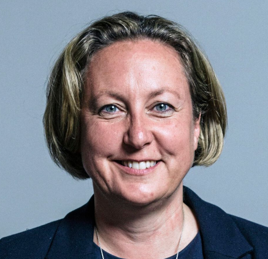 There is a “deal to be done” over rail strikes, new Secretary of State for Transport Anne-Marie Trevelyan told the heavily strike-disrupted Conservative Party conference at Birmingham’s International Convention Centre.

“The more quickly we can resolve these disputes, the sooner all our efforts can be spent on getting our economy motoring at full speed,” she told delegates.

“We want to transform the rail industry to make it sustainable for the next 100 years, so the very last thing that the country needs right now is more damaging industrial disputes.

“My message to the trade union membership is simple: please take your seats at the negotiating table and let’s find a landing zone which we can all work with. Punishing passengers and inflicting damage on our economy by striking is not the answer.

“I can tell you there is a deal to be done between the unions and our train operators. It’s a deal that will require compromise. So, I want to see positive proposals to bridge those differences.”

Trevelyan told the conference that she is “asking the industry to launch consultations on reforming our ticket office provision across the country”.

She added: “After a huge increase in online ticket sales… only 12% of transactions take place at ticket offices, so we need to be looking at ways to move with the trend.”

On the eve of Trevelyan’s speech, the Railway Industry Association (RIA) called on the Government to provide more certainty on rail restructuring, enhancements, major projects, and long-term funding plans.