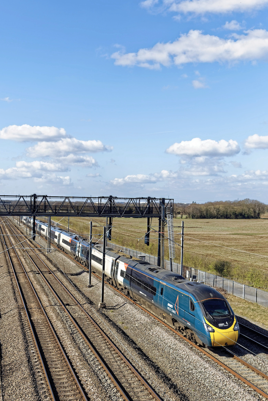 An extra 70 services a week on its busiest route between London and Manchester, compared with the current timetable, is the first stage of a recovery plan by Avanti West Coast (AWC) to “build a robust timetable that isn’t reliant on overtime”, which led to the current problem.

It comes after AWC was forced to introduce an emergency timetable on August 14 in an effort to halt short-notice cancellations with four trains per hour, instead of the usual seven, leaving London Euston (RAIL 964).

Providing 40,000 extra seats a week on the West Coast Main Line (WCML), the reintroduced services do not rely on overtime working.

A further increase is planned in “mid-December” (exact date to be announced), by which time additional drivers will have been trained.

AWC Executive Director of Operations and Safety Barry Milsom said: “Resolving this situation required a robust plan that allows us to gradually increase services without being reliant on train-crew overtime.