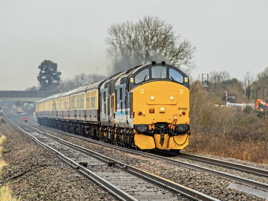 Replying to RAIL’s enquiry regarding the withdrawal of all except one of the locomotives previously offered, a DRS spokesman said on September 2: “After reviewing our current tender process and business needs, we took the decision to suspend the recent sale and lease back scheme of our Class 37 locomotives.

“We have also taken the decision to sell only one of the three locomotives which were offered for outright sale - 37602.”