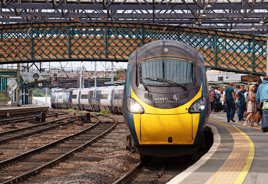 Peers in the House of Lords have been expressing their concerns about the performance of Avanti West Coast (AWC) services.

Speaking during a House of Lords debate on July 4, former Labour transport spokesman Lord Snape expressed concern about Avanti West Coast’s current performance and asked the Government what plans it had when the route’s Emergency Recovery Measures Agreement (ERMA) comes to an end in October.

Transport Minister Baroness Vere of Norbiton agreed that Avanti’s current performance was “terrible” and confirmed that the Government was looking at potentially moving it (and allied organisations) onto a National Rail Contract. However, she made it clear there could be a delay.

“Will it happen in October? That is not certain at all,” she said.

Recent figures from the Office of Rail and Road put AWC performance behind services running on the Great Western and East Coast Main Lines between January and March 2022. Also, since Period 13 2020-21, its PPM MAA (Public Performance Measure Moving Annual Average) has fallen from a high of 89.6% of trains arriving on time to just 81.7% in the most recent period.

Baroness Vere suggested that AWC wasn’t the only train operator in “difficulties”.

Blaming an “uptick in COVID”, she said: “It is expected that this will be proactively mitigated. The DfT will actively manage this process through the Schedule 7.1 section in the franchise agreements, to make sure that we hold people to account, get performance data, and understand why things went wrong and what we can do to fix them.”