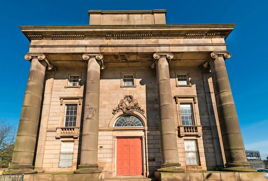 HS2 Ltd confirmed to RAIL that the project to incorporate the refurbished terminus as an HS2 visitor centre, with space for catering, exhibitions and offices, has been “temporarily paused” after contractor KN Circet “identified serious unforeseen structural issues” with the Grade 1 Listed building.

An HS2 spokesman explained that the restoration programme sits outside the scope of the £570 million construction programme for Birmingham’s new city centre station, led by a joint venture between Mace and Dragados.

It is therefore being funded by a Housing and Regeneration Grant rather than the budget for HS2 Phase 1. Additional cash is now being sought before the restoration can resume.

“During the current stage of the project, our contractors working on the old Curzon Street station restoration identified serious unforeseen structural issues with the building,” said the spokesman.

“We have temporarily paused the restoration project while we work with our partners and funders to identify heritage funding to fully restore this iconic landmark for the city.”