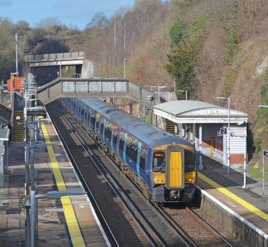 The train operating company-owing group had already made provision in its delayed 2020-21 accounts for up to £30m, to cover the penalty fee that was anticipated in relation to the Department for Transport’s decision to strip Southeastern of its franchise in October 2021.

That fine has been issued in addition to the £64m that was already owed to the public purse (and now fully recovered), following a failure by Southeastern to declare historic taxpayer funding related to HS1 (RAIL 952).

The franchise had been run by Govia - a joint venture between Go-Ahead (65%) and Keolis (35%) - since 2006, before being transferred to the Government’s Operator of Last Resort.

“I took decisive action and did not renew the contract with Southeastern following this appalling breach of trust,” said Secretary of State for Transport Grant Shapps.

“LSER’s behaviour was simply unacceptable and this penalty sends a clear message that the Government, and taxpayers, will not stand for it.”

Both the RMT and TSSA unions argued that the fine for Southeastern provided added evidence of Govia’s unsuitability to continue running any of Britain’s franchises.

“It is disgusting that privateers are allowed to abuse our public services like this. Rather than the insulting title of OLR, it is time that the Tory Government faced up to the reality that public ownership of our railways is really the first and best choice.”

RMT General Secretary Mick Lynch added: “Financial sanctions aren’t enough. Govia should be stripped of the rest of their lucrative London commuter routes as part of a plan to rid our railways of the privatisation nonsense once and for all.”