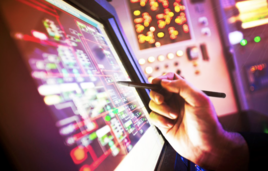 Alstom is the major industry winner, with a £130m deal. It is the largest single contract to be awarded by Network Rail under its Major Signalling Framework Agreement (MSFA) during the current five-year investment cycle.

The work covers 125 miles of route and has provision to include East West Rail and the proposed new Cambridge South station. It will provide a platform for digital technologies such as the European Train Control System (ETCS).

Almost 700 items of life-expired equipment will be replaced, and the work will include a refit for Cambridge Power Signal Box, the upgrade of seven level crossings from half-barrier to full barrier, and renewal of telecommunications and power supplies.

Under the ‘C3R’ (Cambridge Resignalling Relock & Recontrol) project, the manual signal boxes at Bury St Edmunds, Dullingham and Chippenham Junction will be closed, with control passing to Cambridge.