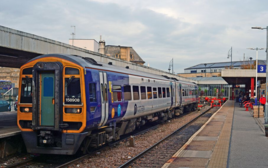 Her concerns come amid growing threats that reduced timetables introduced right across the network since March 2020 are set to become permanent, as ministers look to wind down the estimated £16 billion that has been provided to date in emergency revenue support.

Speaking at a Transport for the North board meeting in Manchester, Brabin said that using COVID as a reason for running reduced services no longer stood up to scrutiny.

She said: “We are having cuts under the smokescreen of COVID when in Leeds at weekends we are at 110% capacity pre-COVID.”

A report discussed by the TfN board said train operators are being asked by government to make “substantial savings”.

Greater Manchester Mayor Andy Burnham said he was strongly opposed to further cuts. He warned that it would lead to a “car-led recovery” for the region, with people unable to use public transport to return to offices following the Government’s relaxation of working from home guidance on January 19.

Burnham said: “To have any suggestion that we are going to lose rail services from a reduced timetable - no way should we be asked to consider that.”

With most operators having introduced emergency timetables in response to the surge in the Omicron variant of Coronavirus in December, it seems unlikely that the spectre of longer-term service cuts will be confined to the North.

RAIL reported in early December how the Department for Transport had written to all train operating company managing directors to set out their budgets, as ministers look to cut hundreds of millions of pounds from their running costs (RAIL 946).

A Government source said that final decisions had not then been taken, but one train operator indicated that its budget was likely to be reduced by 10% from April.

RAIL contributor and former chief executive of Directly Operated Railways Sir Michael Holden then upped the ante on January 30, when he told the Sunday Times that the industry was now “at a watershed” moment as it contemplates cutbacks that would be difficult to reverse.