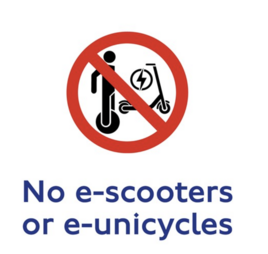 Transport for London and the Tyne & Wear Metro have banned the use of privately owned e-scooters on railway premises from December 13, while ScotRail and Avanti West Coast are also restricting their use.

The London edict, with warnings of £1,000 fines for offenders, follows two instances of e-scooters catching fire when their lithium-ion batteries ruptured (at Parsons Green and Stanmore).

TfL said it is not prepared to risk the safety of passengers on the Underground, Docklands Light Railway, tram services or buses. More robust mobility scooters and foldable e-bikes are still allowed, however.

E-scooters also cannot not be ridden on the Tyne & Wear Metro and Shields Ferry, although Avanti West Coast is happy with them if they are folded or stored in the luggage area.

ScotRail has not issued an outright ban, but it has followed TSSA union advice in warning passengers to immobilise their bikes before boarding a train.