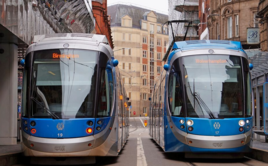 Bids for up to £2 billion worth of transport investment have been made by the West Midlands Combined Authority (WMCA).

The cash is being sought from the Government’s City Region Sustainable Transport Settlement and Bus Service Improvement Plan, to be spent alongside local funds over the next five years.

Under the investment proposals, the West Midlands Metro would be extended from Wednesbury-Walsall, Wolverhampton city centre-New Cross Hospital, Hagley Road in Birmingham-Sandwell, and Brierley Hill-Stourbridge.

A Very Light Rail line would also open in Coventry and a new station built at Aldridge, with Solihull station also being redeveloped to offer improved interchange facilities between bus and rail.

Detailed business cases would also be further developed for the Midlands Rail Hub schemes to expand Snow Hill and Moor Street stations and to reopen the Sutton Park line.