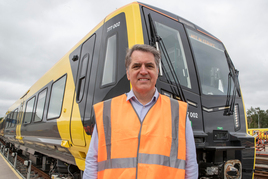 The first of 53 new Class 777 trains being built by Stadler has been officially handed over to Merseytravel, on behalf of the Liverpool City Region Combined Authority.

The handover follows the conclusion of trials on the Merseyrail network and the recent authorisation from the UK rail regulator (RAIL 938).

It marks a major milestone in the near half-billion-pound project to replace the entire legacy Class 507 and ‘508’ fleets that were first introduced in 1978. Over the coming months, Stadler will hand more trains to the client ahead of introduction into commercial service.

The design of the ‘777s’ is based upon Stadler’s trains used on the Berlin U-Bahn, and testing involved thousands of driving hours on the Merseyrail network and a dedicated test-track in Germany.